Those were the warm words that always greeted me when I met Tony Smallwood after an absence from Chiang Mai. Tony was the inspiration behind my flying adventures, and my mentor.

He taught many of us the value of animal conservation and how to combine our respective talents to help preserve the fragile existence of the animals on this planet.

The Chiang Mai – Tony Smallwood memorial project is the next significant chapter in the wonderful story of Gibbon Rehabilitation worldwide.

Tony helped establish the Wild Animal Rescue Foundation Thailand (WARF) and was a driving force in the Gibbon Rehabilitation project based in Phuket that has the most successful worldwide record for re-introducing Gibbons back into the wild. 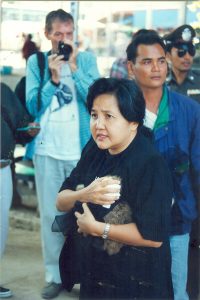 The Phuket Gibbon Rehabilitation Centre is located in a small area of national forest which after 20 years will eventually run out of space.

Gibbons were once indigenous to Chiang Mai, but as all too often, they were hunted or encroached out of existence and the only memory left is the grandparent generation’s memories of the early morning song of the gibbons.

Sadly, Tony passed away in 2013, but fortunately, not before he, and the other founders of WARF had the foresight and vision to plan extending the rehabilitation project by locating suitable forest areas in Chiang Mai in which to reestablish a Gibbon community once again.

Since the Phuket Centre has a proven track record of rehabilitating Gibbons to the point of release; some established Gibbon family pairs preferably with an infant will be chosen for transportation from Phuket to Chiang Mai so that they can be acclimatised and prepared for release into the wild. (The Phuket releases will still continue for as long as it is sustainable to do so. There are no plans to scale back the excellent rehabilitation work in Phuket). 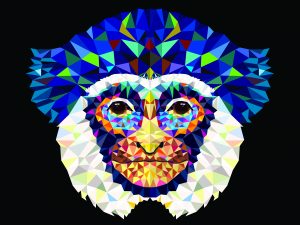 It takes five years, yes five years to rehabilitate a Gibbon for release back into the wild.  That is five years of dedicated care by an inspirational team of people, many volunteers, to achieve this wonderful result.

We are reaching out to you, to help support us in the noble task.  It costs approximately USD 1,500 per Gibbon to relocate it from Phuket to Chiang Mai, and then nurture it back into the wild.

Many thanks – The Flying Scouts – The Gibbon Guardians and the WARF team!