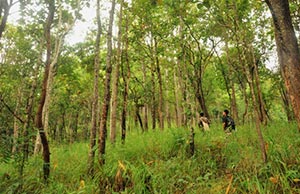 Finding a suitable location in Chiang Mai, that assured the sustainability of a long term Gibbon Release programme was a considerable challenge, not least because the trustees were determined that the local community had to be responsible for protecting the Gibbons if the project stood any chance of success.

After several years of research, the village of Baan Jam Pee was discovered. Jam Pee Community Forest (PCF) is in the Mae On national reserve forest, (under the National Forest Reserve act B.E. 2507 (1964)) nestled in the folds of Doi Saket Mountain, approximately 40 KM East of Chiang Mai.

The most exciting and significant fact about Baan Jam Pee are the villager’s commitment to rehabilitating the Gibbons. The headman tells of his grandparents often describing the Gibbon song to him, and after many years of exploiting his forest, he and the other villagers have realised that their future lies in preservation and conservation, not exploitation.

As part of many initiatives they were very eager to participate in the re-introduction of Gibbons to the forest. 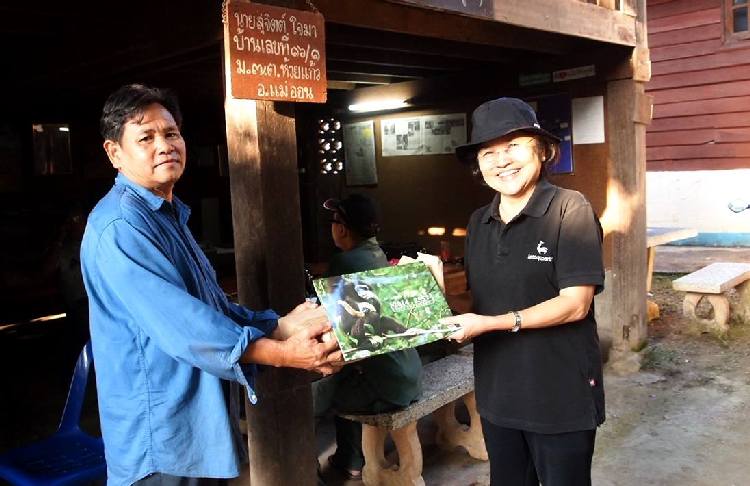 The long term future of the project in Chiang Mai is dependent on this type of cooperation.  The other major goal for the project will be educating the local people, especially the next generation about the Gibbon project and how they can help. 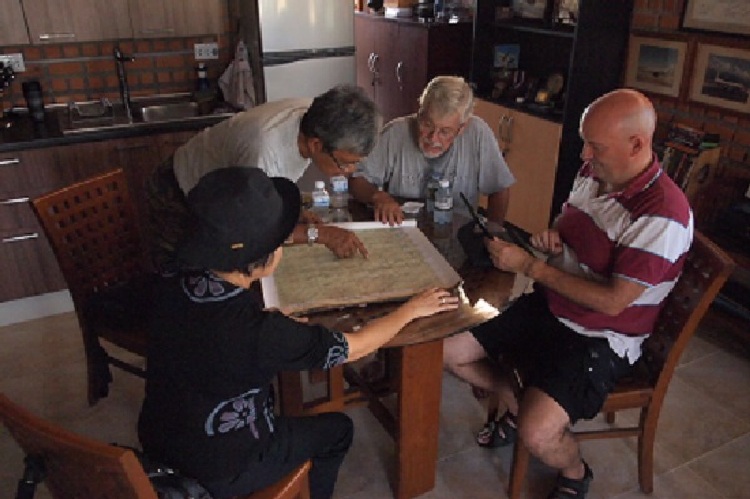 With the help of the villagers, extensive ground and aerial surveys were conducted to find the best area to place the Gibbons.

The most suitable habitat is at Huay Pong Lung valley (HPLV). This site was firstly selected because it was a dry evergreen forest, where there is water supply all the year and easily accessed by the following and observation team. There was high abundance of food trees, which mostly were Ficus species and at least 22 different species of plants (in 16 families). All species are shown in table 1, with the growth types to which they belong, the parts of the plant which were eaten and local Thai name.

Huay Pong Lung valley site is large enough to release 3 family groups.  HPLV is connected to Mae On national reserve forest. This habitat could be much larger than Khao Phra Thaew forest, Phuket and can sustain more than 60 family groups.

Fig 1. Tree and Fauna in Mae On National Forest 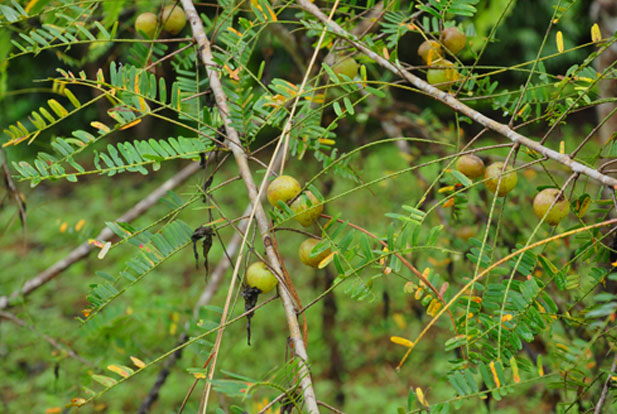 Bambam has developed a cataract

Give a Gibbon a chance for a new life…