Flying Ed decided to travel down to Phuket and took the opportunity to give three friends a lift at the same time.

The primary destination was Phuket Airpark – VTSW.This is a grass strip airfield, the only private airfield in the south of Thailand, and at 550 meters long, right on the limit of the Jetprop’s safe operating envelope.

Due to local terrain the airstrip is one way for a high performance aircraft. Landing runway 31, departing from runway 13.  This time of year, there is often a prevailing tailwind from the east to compound the landing on runway 31. Luckily runway 31 has a slight uphill gradient helping with the stopping distance, and the opposite is true for the takeoff roll.

Because of these limiting factors making an aborted landing a distinct possibility, alternative arrangements were made at the nearby Phuket International Airport – VTSP just in case the tailwind was over seven knots, which is the SOP limit imposed by Flying Ed.

Since the aircraft was fairly heavy with three passengers, minimal arrival fuel was calculated to ensure the aircraft arrived for the landing as light as possible. An intermediate fuel stop was planned at Phitsanulok – VTPP,  enabling an accurate fuel upload to be calculated, as well as providing an updated weather and wind check. 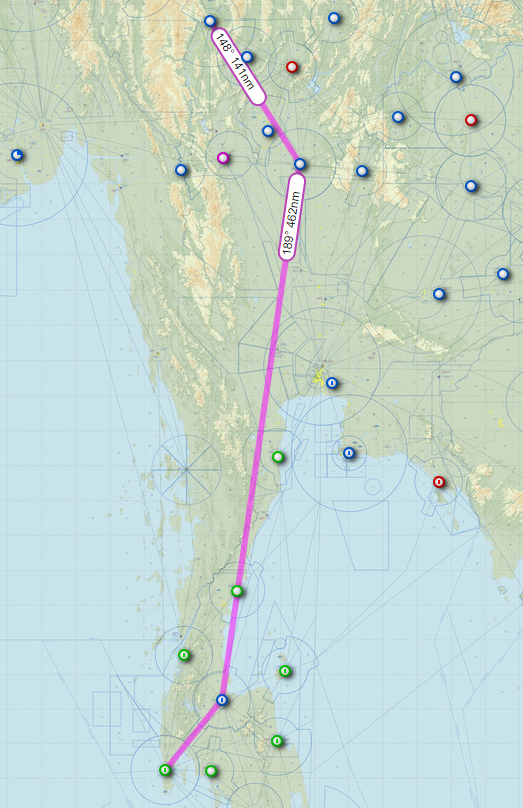 The flight was conducted IFR at FL270, terminating VFR at the Airpark.  Below 7,000 feet, the visibility was very hazy until the South of Thailand. For the main part of the flight there were headwinds of up to 30 knots.

Total flight distance was circa 700 Nm. Total flight time was just under three hours, with HS-TOM burning approximately 90 gallons of Jet A1 fuel. 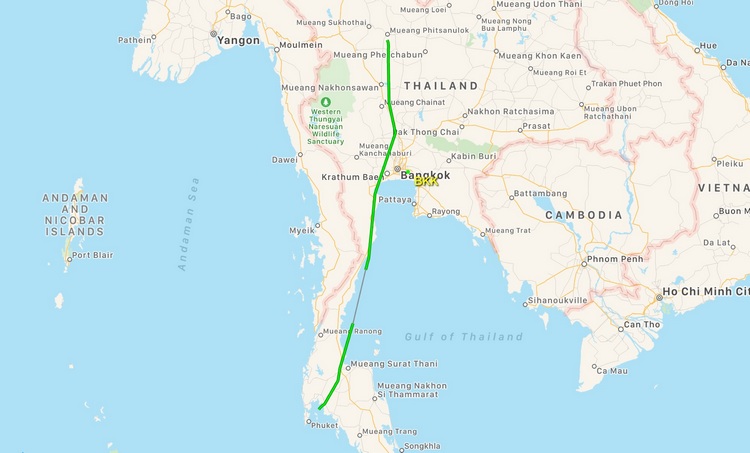 A radio check with friends on the ground confirmed a three – five knot tailwind which was acceptable. A low pass was performed to get familiar once again with the approach since it had been over one year since the last landing by HS-TOM there.

The trees just before the threshold of RW 31 are used as the top of the glideslope marker from past experience; however since the last landing in 2020, a small fence has been erected by a neighboring land owner causing an obstacle, which although more psychological  than real danger, still  had an effect on the final approach height.

A warm welcome awaited us from K. Suchard the owner of Phuket Airpark, and other members. 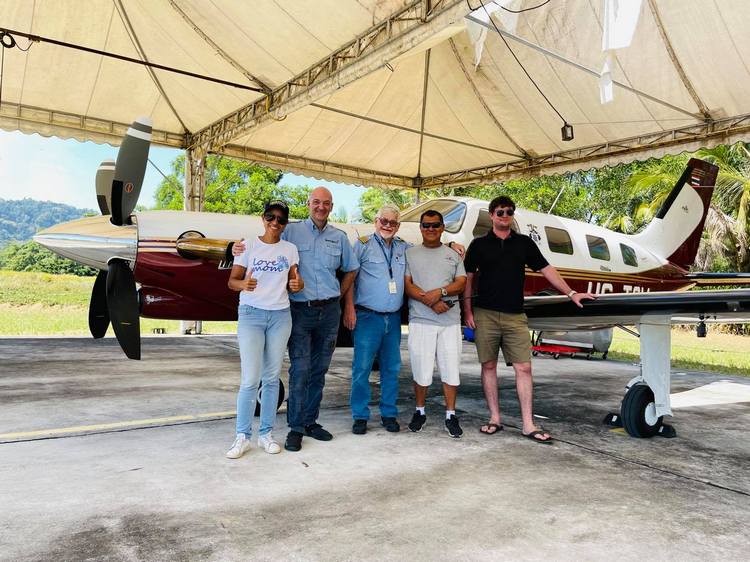 An essential bit of ground equipment for maneuvering HS-TOM into her hangar. The Sidewinder power tow. 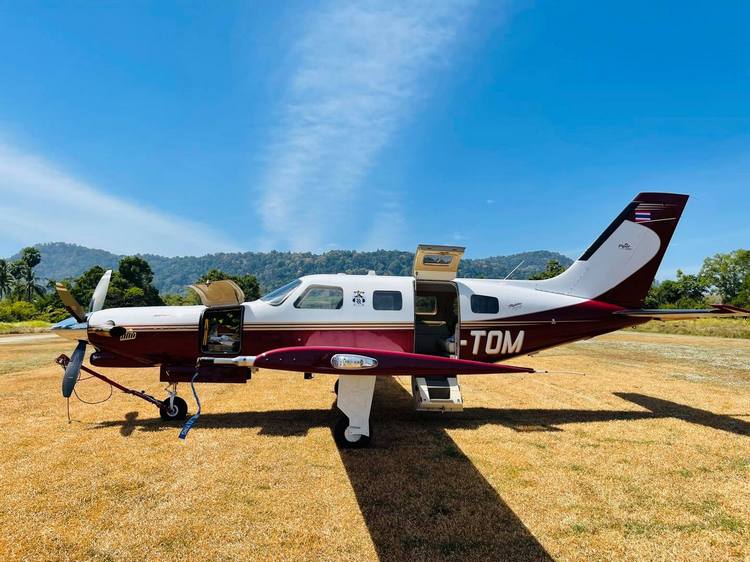 …and some manpower helped over the grass. 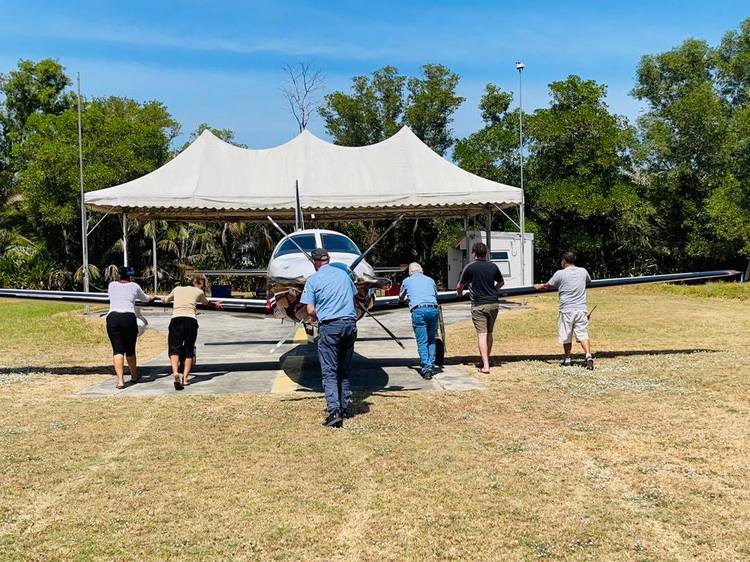 Total flight time was again under three hours despite ATC kindly giving me a few shortcuts (avoiding flying over Bangkok) that sadly headed me into more severe headwinds. Be careful what you request for! 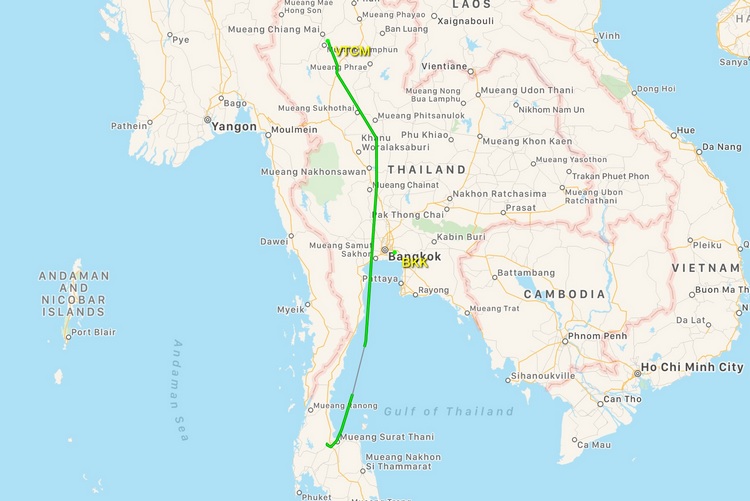