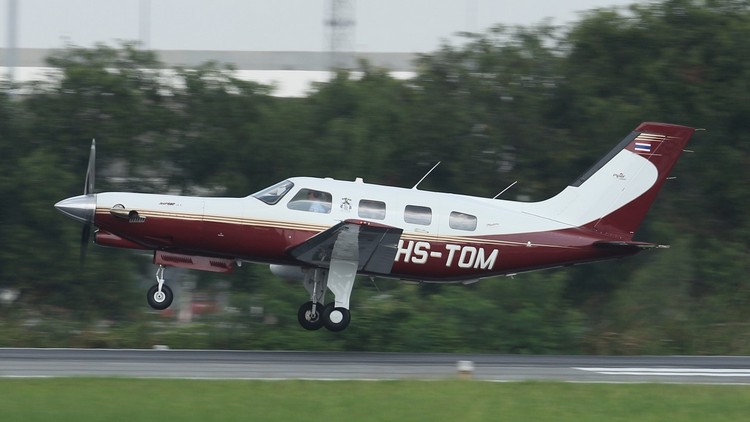 HS-TOM, a Piper PA46-350P Jetprop DLX, affectionately known as “Maliee” is also used in the Gibbon Guardian project to transport the Gibbons.

She is capable of carrying six people a distance of 1,000 Nm. Unusually for this class of aircraft, Maliee can land and take off from very short runways, including grass surfaces.

Regarding techniques and equipment for operating out of short grass strips. The main advantage of the Jetprop for this type of operation is the original Malibu slow Vs0 stall speed of 59 Knots and the excess power provided by the engine for very short takeoff distances.

In the past few years Flying Ed added an Angle of Attack (AoA) indicator to the avionics which allows the approach speed to be based on the actual flying angle of the wing regardless of weight, wind or air density and hence gives much slower approach speeds than just relying on the airspeed indicator.

Maliee’s home base is VTCY Nok Airfield in Chiang Mai, and VTSW – Phuket Airpark.
Some great footage of Maliee operating from short airfields can be seen here.