Flying Ed had to travel down to Bangkok and took the opportunity to give a couple of friends a lift at the same time.

The flight was conducted IFR at FL270. Below 7,000 feet, the visibility was very hazy. For the main part of the flight we had welcome tailwinds of up to 40 knots.

The flight distance was approximately 320 Nm. Flight time was 1 hour 21 minuets, with HS-TOM burning approximately 45 gallons of Jet A1 fuel. 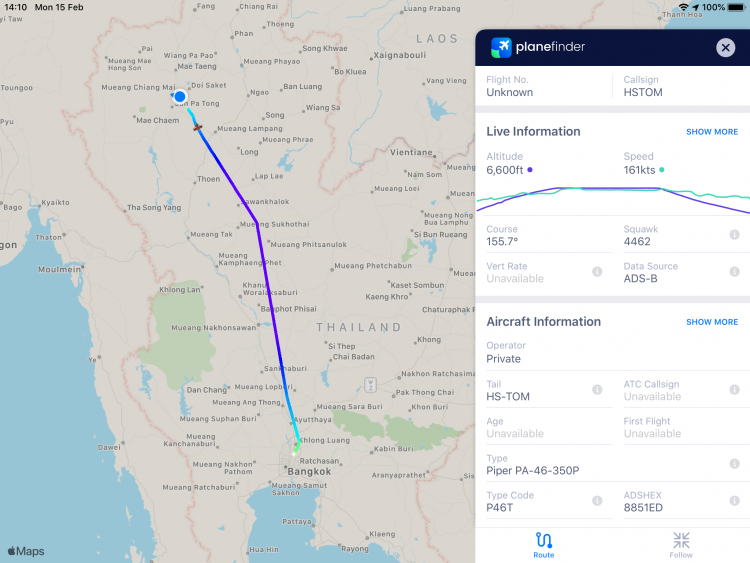 Flying Ed hand flew the RNAV 21R approach at VTBD which is a 12,139 ft runway, and tends to land long in order to expedite the taxying.

A couple of unique facts about Don Muang International Airport, VTBD. It is one of the oldest airports in the world, and the oldest in Asia; commencing operations in 1914. Until 2006, it was Bangkok’s main airport.

It also has a golf course separating runways 21L and 21R. If you look at the subsequent takeoff at the middle of the video clip, pan left and you will see it.

To the right towards the end of the runway you will see all the parked up Thai Air Asia mothballed aircraft.