A dawn departure marked the start of 9th year The Dugong Shepherds were mobilised to support the Thai Department of Marine Coastal Resources (PMBC) to Krabi and Trang, Southern Thailand Coastal Provinces, on our 9th year. Several previously unsung heroes who work behind the scenes to obtain all our permits and the paperwork to make these missions possible deserve a mention.  Mr Koi (K. Kraidej Leeviraphan) President of Nok Flying Club, and Dr Nine, secretary of Chiang Mai Flying Club.
In addition every year, we a re generously supported by K. Suchard and his team at Phuket Airpark, as well as K. Yve at Nok Airfield. 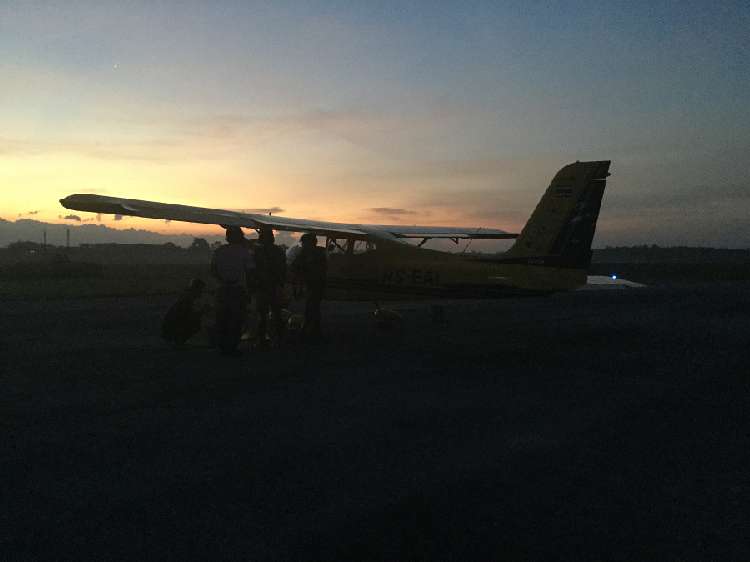 Due to the effect the prevailing winds have on the outcome of a successful survey, Dr Kongkiat obtained the monthly wind data from Phuket, Krabi and Trang airports for the past 5 years, to see if we could identify an optimum time when the winds would favor the surveys.  From this data we decided to delay the surveys a little bit, starting in mid February for Krabi, and early March for Trang.
Despite this careful planning, the winds at Krabi were once again direct crosswind and at 12-15Knots made operating near the shoreline very turbulent. 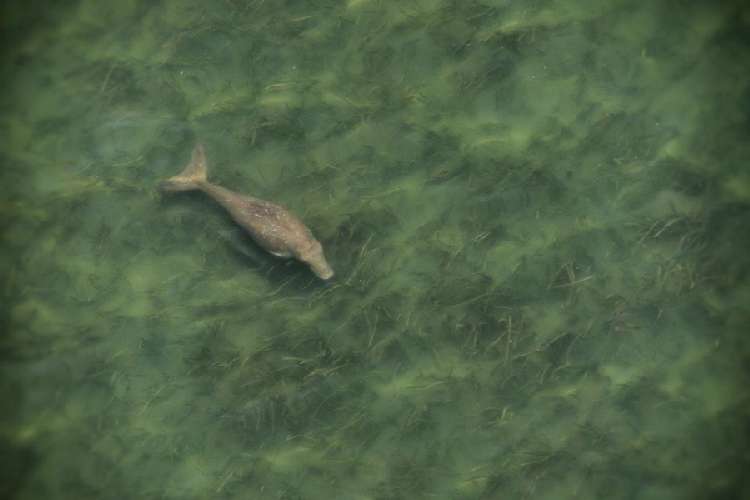 Thankfully Miss Dippy and her pilots were rewarded by some stunning images of the Dugongs, especially in Trang.

The main survey area was the same as 2015 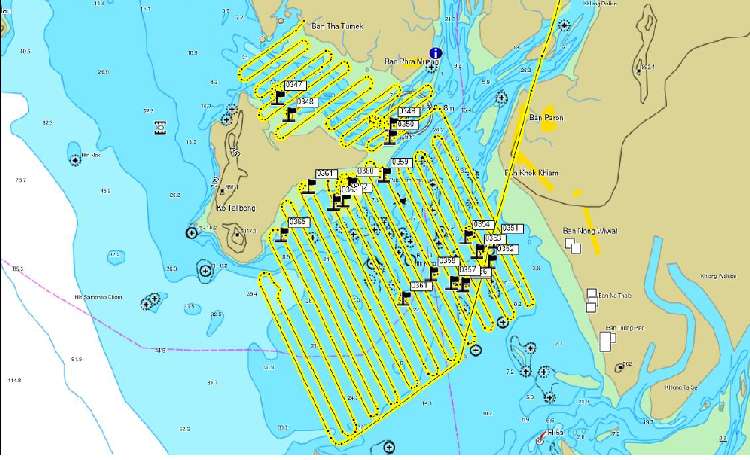 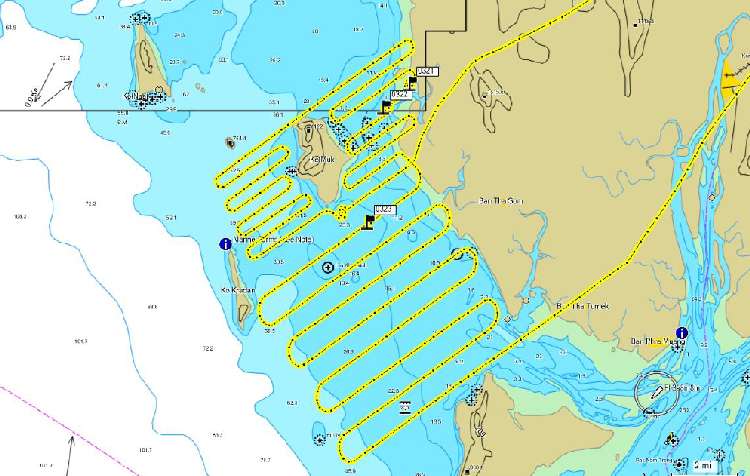 This years count was similar to 2015 with 100 animals the biggest count on a single mission. Lots of mother and calf pairs which is a great indicator of the general state of the population and their conditions.
This year we were once again kindly joined by a Gyrocopter courtesy of K. Arnud who allowed pilot K. Best (standing on the left) from Phuket Airpark to support our mission. Mike Wilson also ferried HS-CRZ (pictured on the right) his newly built Zenair 750 Cruzer Aircraft to help with the missions. this aircraft was purpose built for The Flying Scouts, and despite some early teething troubles, we are hopeful it will be a huge asset to future missions. 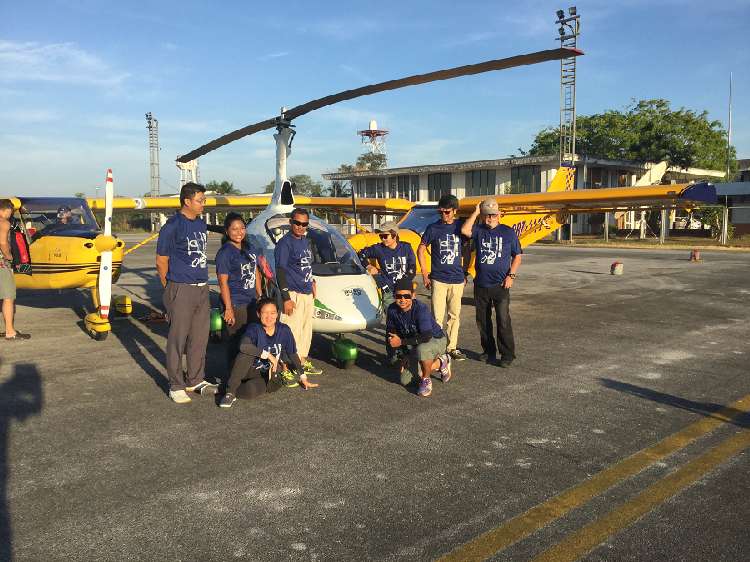 In addition to the normal survey duties, The Flying Scouts were asked by the BBC Natural History Unit to support them in filming Dugongs using underwater photography as well as aerial drones.  This proved easier said than done.  The elusive Dugongs managed to evade the best efforts of all involved, although I am told that some usable footage was obtained, and we look forward to seeing the results.

Following on from the Trang Dugong Mission, the Flying Scouts relocated to Songkhla to help survey the Irrawaddy Dolphins that are trapped in Thailand’s largest inshore lake.
Left to right. K. Poh, K. Sern, K. Phum, & K. Santi from the Songkhla Marine Coastal Resources Department were on hand to support Pilot Ed on a five day mission to survey and document the population. 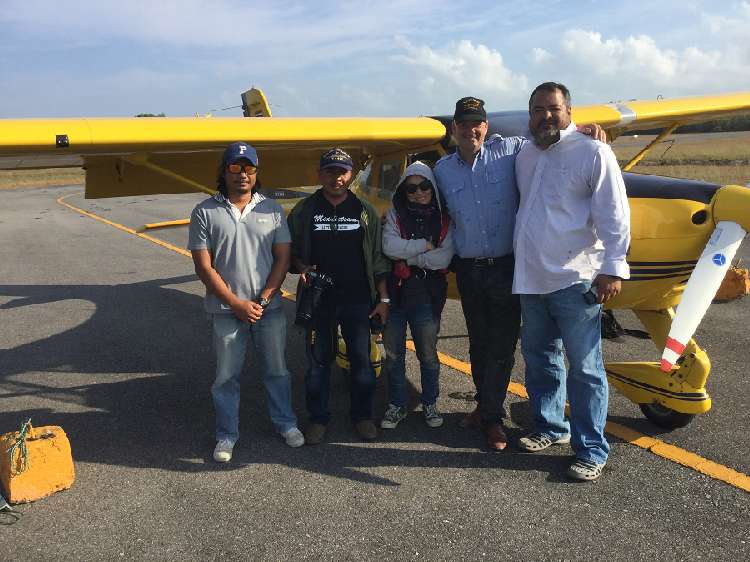 These shy dolphins have been historically trapped in the upper lake, where they have adapted to survive in brackish water. Some extremely precise flying was necessary to glimpse these animals, which proved much harder than Dugongs to survey. 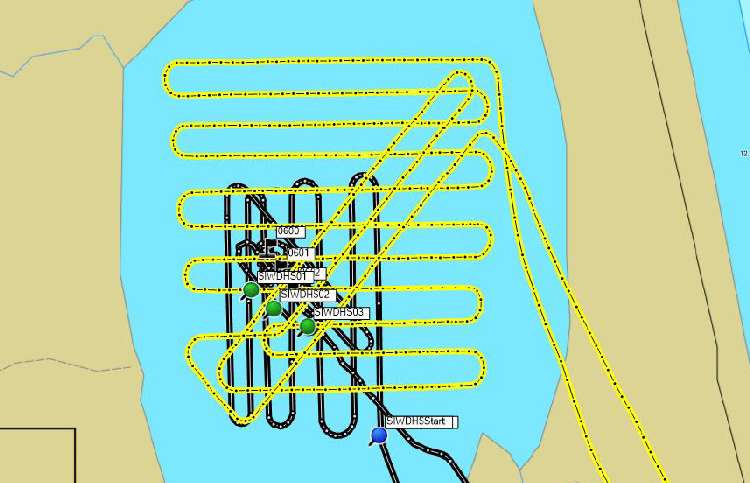