Ed and Tom our keen environmentalists – The Flying Scouts, have just completed their sixth year of voluntary Dugong survey flights in Southern Thailand.

Ed struggled to ferry Miss Dippy – his Tecnam aircraft to Phuket from Nok Airfield earlier this month, when a high pressure system over China brought several days of heavy rain to Central Thailand blocking his refueling stop at Phitsanulok (VTPP). After several days delay, he managed to circumvent the weather by landing at the little used Tak (VTPT) airport instead of Phitsanulok, where worried airport staff where expecting him after being warned of his arrival by Phitsanulok air traffic control.

The arrival in Bangkok (VTBD) was uneventful, and the ever helpful staff of Royal Skyways arranged for refueling via the local PTT garage.

Bad weather continued to precede Ed’s journey Southward, with low clouds and visibility at Chumphon (VTSE). Thankfully the daily Solar Air service was arriving at the same time as Ed, and the pilots kindly provided detailed weather reports over the radio enabling Ed to dodge around the worst of the rain, for an uneventful landing. The Solar Air ground team took pity on Flying Ed, and decided to provide him with drinks and a complete weather briefing to Phuket. Bless the spirit of aviation, alive and well in Thailand.

The last leg to Phuket Airpark (VTSW) was cloudy until 40 miles North of Phuket, where sunny skies and a warm welcome from Pat and Suchard were received. Phuket Airpark have been supporting this project since the beginning.

Many thanks to all those involved in helping get the Tecnam in position ready for the survey flights.

Following several days of preparation, on the 10th March, Tom and Ed departed Phuket for Trang Airport (VTST). The DCA staff at Trang Airport are always happy to see The Flying Scouts, and provide excellent support, especially K. Ning from AeroThai in the tower, who coordinated our unusual activity smoothly between the daily flights arriving at Trang Airport. 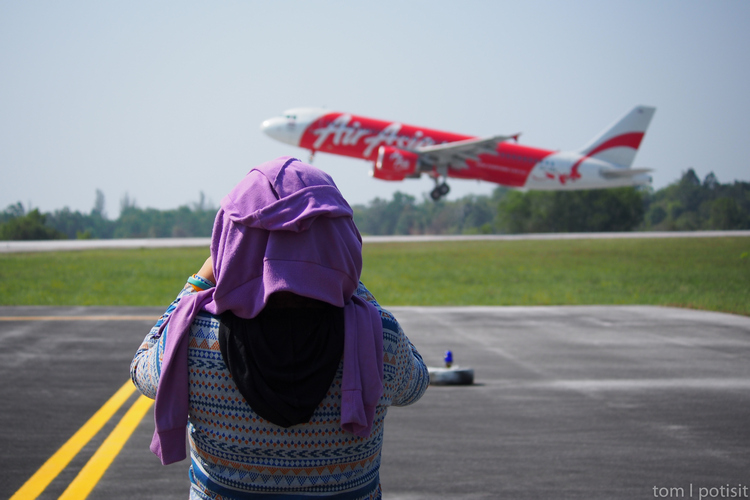 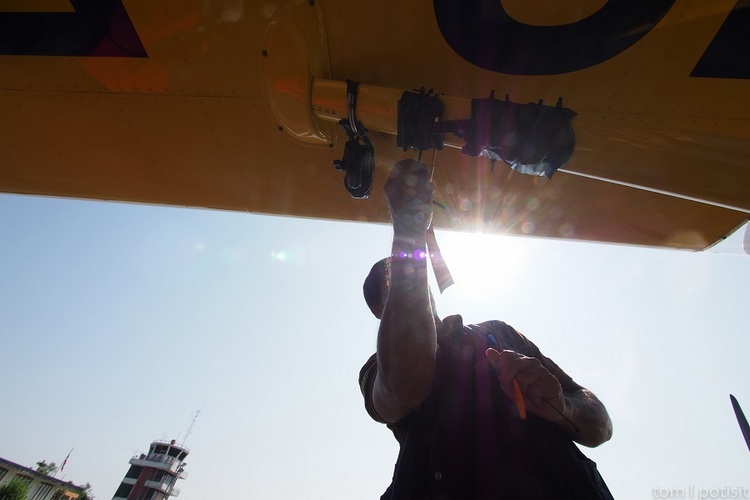 Most of them have been involved with The Flying Scouts since the beginning of the survey flights in 2007, and they all have a dedicated role in preparing the aircraft, spotters and pilots ready for each mission. It has become a very slick operation, enabling the aircraft to be turned around in less than 30 minuets. 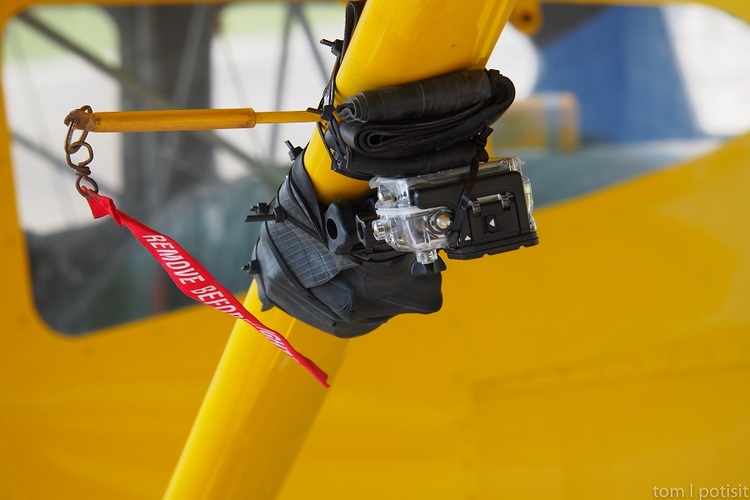 Ed and K. Mark set off on a pre-survey flight to check out the aircraft, and refamiliarise themselves with the survey area.

It is always breathtaking to fly around the beautiful scenery that makes up Phanga Bay, and this year was no exception. The previous week of poor weather had given way to severe clear VFR conditions. 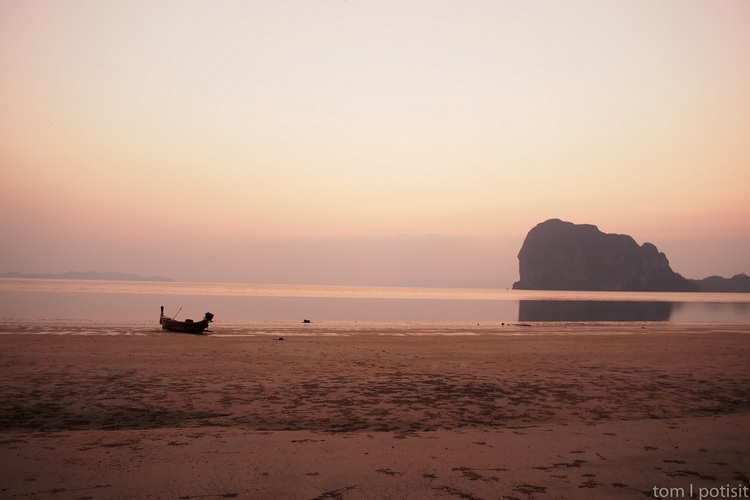 This year’s survey was conducted 8 weeks later than usual due to other commitments. The biggest noticeable difference was the abundance of Green Sea Turtles compared to previous years. In contrast the initial survey flights revealed dramatically lower than usual Dugong sightings. Sea conditions and lighting accounted for some of the reduction, but by no means all. A worrying start to 2013.

It was noted that the traditional feeding areas where barren of Sea Grass, the Dugong stable diet. The Biologists have yet to determine the cause of this, but thankfully on a flight with a particularly high tide, K. Sumen identified another feeding ground, and to the relief of all, a larger group was spotted feeding there. 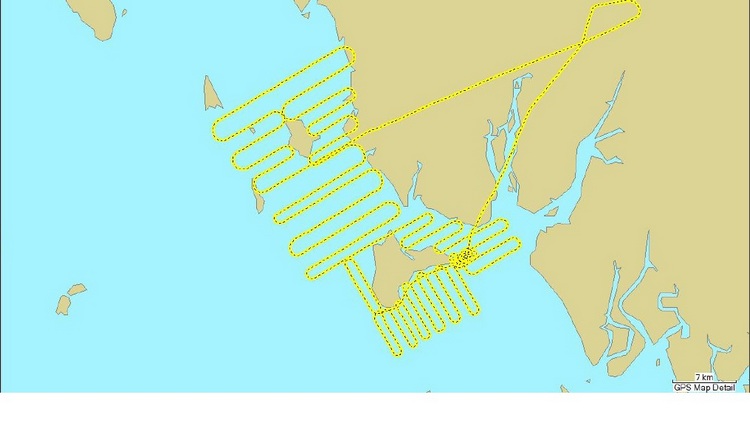 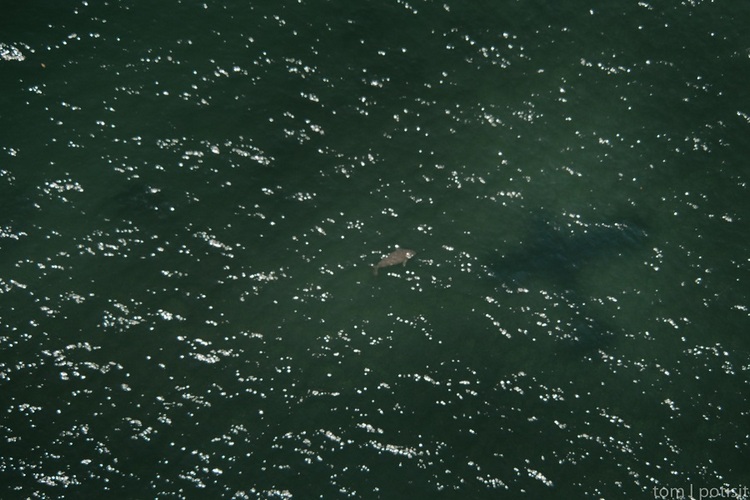 Many animals were sighted on that day, including the crucial mother and calves, which helped increase the average count for the whole survey, but it does seem that there has been a 10%-15% reduction in the animals from last year. 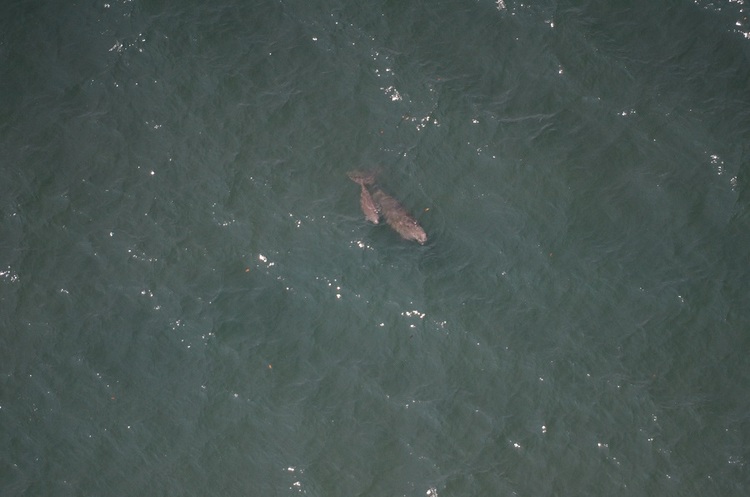 Drowning after being snared in illegal fishing nets has accounted for 13 Dugong death reports during 2012, which as a percentage of the total population is a significant loss. 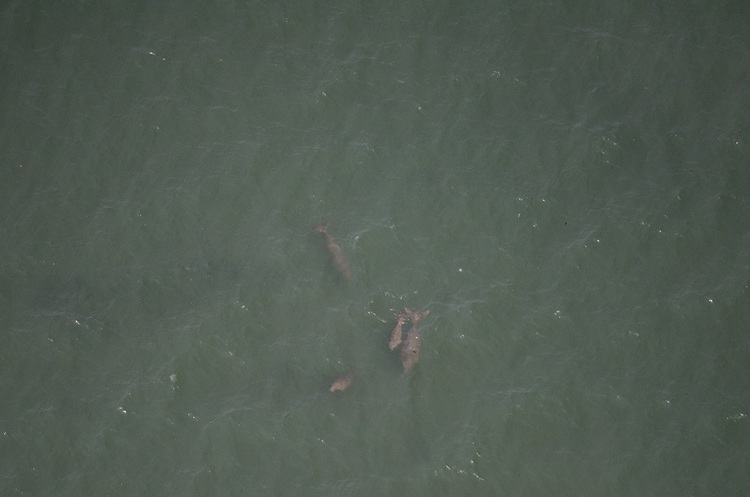 Apart from one day of rain, the weather and viewing conditions were excellent. 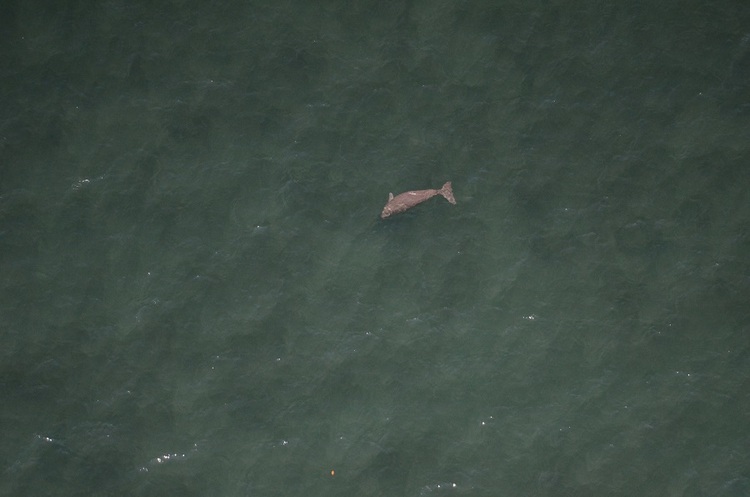 Some Humpback Dolphins were also spotted alongside the Dugongs. Dolphins and Dugongs often live together. 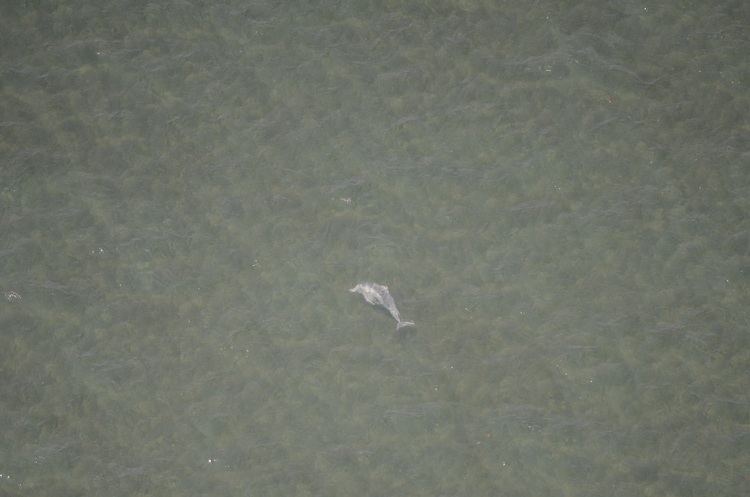 A follow up flight with Tom on board captured some excellent sightings and rare video after Tom devised a plan for the aircraft to swoop down at a steep angle, in order to facilitate the best view

Speaking at length with the PMBC team, it became evident, that as well as the survey flights, there has to be more interaction/education of the local fisherman, and projects devised to offer alternatives for them to earn a living, other than illegal fishing. 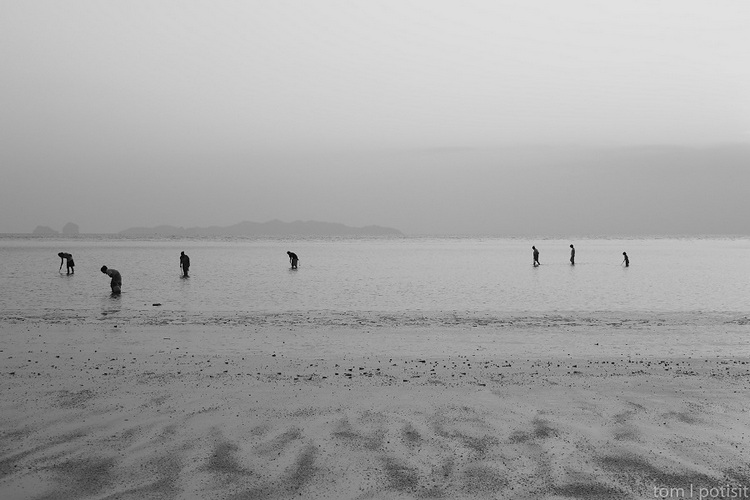 The relentless drive to economic growth also has to be balanced with the needs of other species we share this planet with. 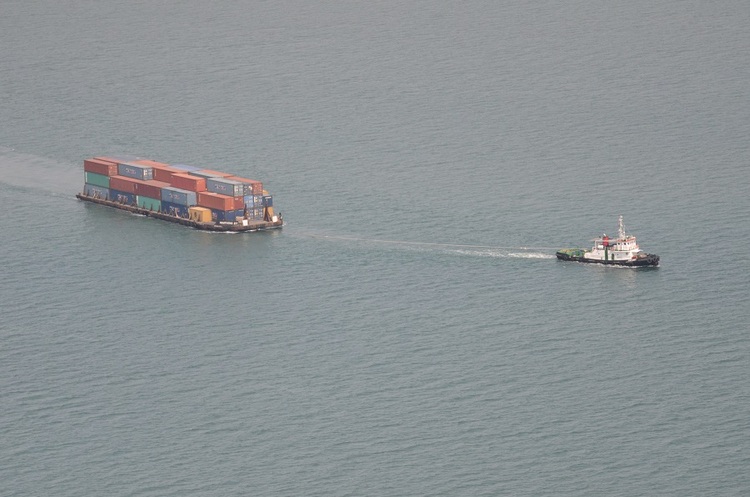 This is a long term project which has to be self-sustainable for it to have any real impact of the dwindling population of Dugongs and other endangered marine life in Thailand.

The Flying Scouts are considering ways in which they can assist in this effort beyond flying the survey missions.