Naun’s baby, Little Tony, is thriving in Chiang Mai and being well taken care of by his mother, who has quickly learnt to become a great mum. 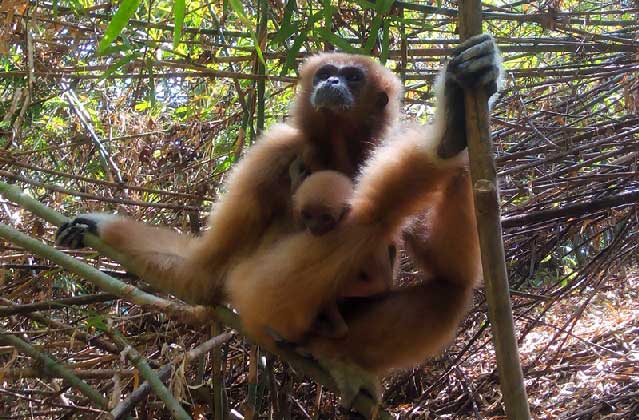 Naun & Nat have a baby. First of the Chiang Mai released Gibbons – Nuan, has her first baby boy. In memory of our dear friend Tony Smallwood he is to be named “Little Tony”. 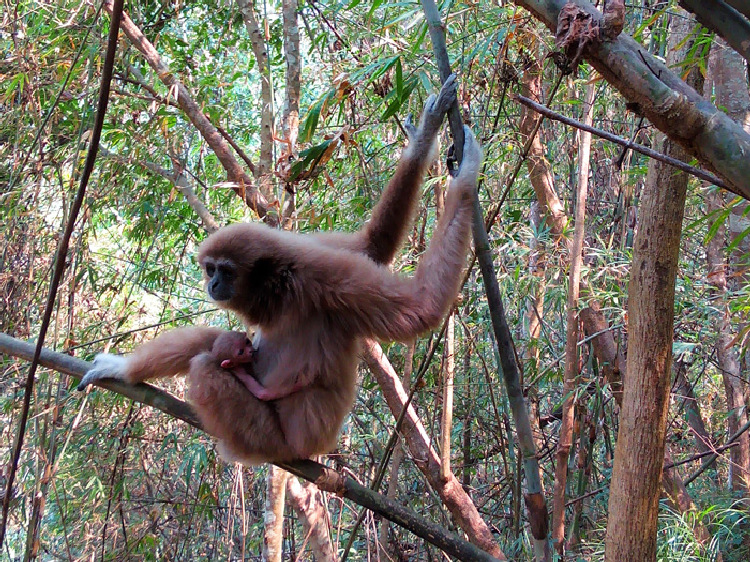 During March and April 2015, The Flying Scouts transported another four Gibbons; Tom, Ollie, Jane & Khun Saul from the Gibbon Rehabilitation Center in Phuket (GRP) for acclimatization and eventual release in Baan Jam Pee. This brings the total transported up to 17, although we had to return Bambam and family leaving 14. It has been decided that for the remainder of 2015, the focus will now be on supporting the animals that are currently in and around Baan Jam Pee release centre.